You can thank these badass bros for keeping this dream alive!

He famously feuded with Hulk Hogan, culminating at WrestleMania III. His best-remembered film role was that of Fezzik, the giant in The Princess Bride. His size was a result of gigantism caused by excess growth hormone, which later resulted in acromegaly. It also led to him being called “The Eighth Wonder of the World”. He LOVES 3Wheelers, well, at least he did. He is dead now…

The Predator (also known as Yautja or Hish-Qu-Ten) is a fictional extraterrestrial species featured in the Predator science-fiction franchise, characterized by its trophy hunting of other species for sport. First introduced in 1987 as the main antagonist of the film Predator. He’s also a bad ass excavator operator and likes to eat pizza subs at Quiznos. 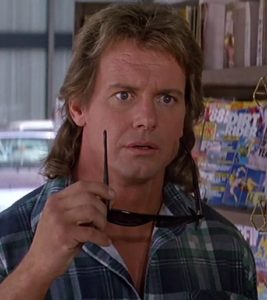 Discovering at an early age that the ruling class are in fact aliens concealing their appearance and manipulating people to spend money, breed, and accept the status quo with subliminal messages in mass media, Roddy Piper continues urging people to “wake up”.